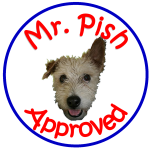 Mr. Pish visited some fantastic places during his many travels. He hopes you’d like to see some neat places, too. Here are some links so you can learn more about many of the cool venues he wrote about in Postcards from Mr. Pish: East Coast Edition (Volume 3). Places listed in bold with photos are Mr. Pish Approved!